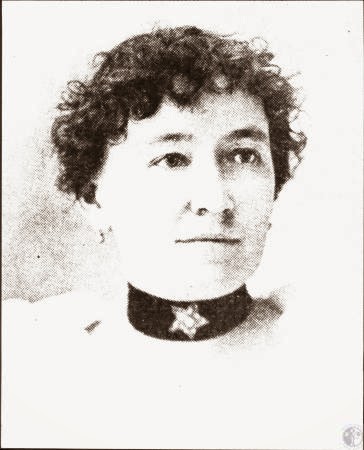 On July 15, 1915, The National Society Colonial Dames XVII Century was organized during the meeting of the International Genealogical Congress at the Panama Exposition in San Francisco, California.


The daughter of John Peter Taney and Catherine Alphonse Rogers, she was born May 15, 1856 in Newport, Campbell County, Kentucky and died on October 9, 1936 while residing in Covington, Kentucky. Miss Taney is buried among her family in St. Mary’s Cemetery,Fort Mitchell, Kentucky.


Miss Taney was a member of the Taney family of Maryland. Her ancestors included, Roger Montfort Taney, who came to Maryland with Lord Baltimore in 1632, and held office in the Council and Assembly; Roger B. Taney, Chief Justice of the United States, who married the sister of Francis Scott Key, author of the “The Star Spangled Banner”. Her family traces its lineage back to 1122 when Roger de Taney, who for valor at the Battle of Hastings, was created a baron by King Edward I. The Taney line is direct from Richard Neville, the great Earl of Salisbury and Warwick.


She was the youngest child in a large family and was educated at the Catholic Immaculate Academy,Newport, Kentucky.  Our founder lived in an eloquent detailed Victorian brick home at 312 Garrard Street, Covington, Kentucky. The home was built circa 1867 by a Mr. Whips in what is now a beautiful historic district of Covington where there are many magnificent mansions from the 1800’s.


Miss Taney was the first woman to become private secretary to the Collector of Internal Revenue during the Harrison administration. She also was the first woman in Kentucky to become licensed as a Notary Public, being appointed by Governor Simon Bolivar Buckner, Sr. in 1889. Mary Florence Taney had a long career, which won her a name as an author, musician, artist, and leader in civic, religious, social and patriotic circles of her community, state, and nation.