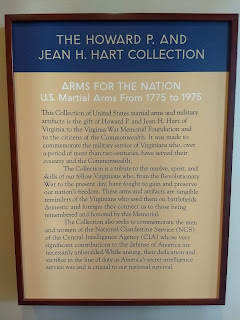 The Madisons of Montpelier Chapter, United States Daughters of 1812, and House of Burgesses Chapter, Colonial Dames 17th Century toured the Virginia War Memorial in Richmond Virginia 22 September 2018.  Howard P. and Jean H. Hart donated their Martial Arms Collection to the Museum.  The Collection consists of arms for every war from the Revolutionary War to present day, plus the accoutrements. (Note: Martial arms are those guns financed by the Government of the United States for use by American troops in war.) 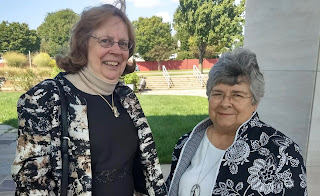 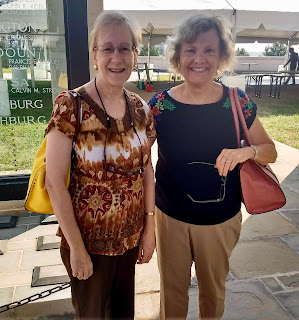 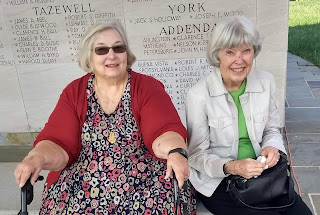 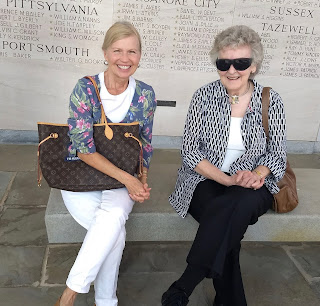 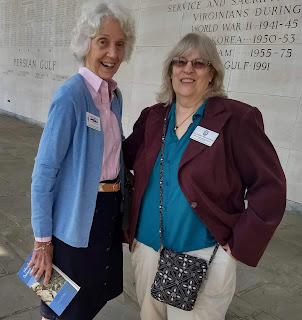 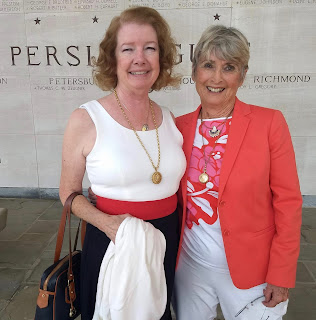 The following excerpts are from the first part of "The American Colonies: The Settling of North America," Alan Taylor, Penguin Books, 2001.

"By 1616 the Virginia Company had transported more than seventeen hundred people to the Chesapeake and spent well over  50,000 pounds - an immense amount for that century - yet all it had to show for the investment was an unprofitable town of 350 diseased and hungry colonists."

"Ahead of his time, King James fought a losing battle when he denounced smoking as "a custom loathsome to the eye, hateful to the nose, harmful to the brain, [and] dangerous to the lungs." Eventually he learned to love the large revenues that the crown derived from taxing tobacco imports."

"An elitist, Berkeley did not truck with radical notions like freedom of the press or public education for common people.  In 1671 he declared, "I thank God, there are no free schools  nor printing [in Virginia], and I hope we shall not have these [for a] hundred years for learning has brought disobedience and heresy...into the world, and printing has divulged them, and libels against the best government.  God keep us from both!"

"Before 1670, planters developed no systematic legal code to regulate slaves, because they were so few."
Posted by Jean Hart at 4:33 AM 1 comment: 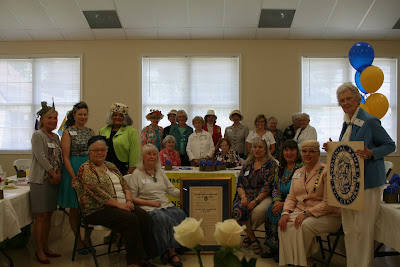 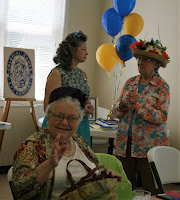 House of Burgesses Chapter of the National Society of Colonial Dames 17th Century marked its 50th anniversary with a celebration of 1967. A program about the Chapter founder, Nancy Estes, was enjoyed. Dames wore pillbox hats and time period clothing. A hippie attended and passed out peace, love, and flowers. Dames answered questions pertaining to the accomplishments of the chapter for the past 50 years: over 300 Ancestors from the 1600s have been recorded; 5 historical places, and several grave sites have been marked; members have served on the State and National level in the organization and participate in local community historical events.  The Colonial Dames have contributed historical books to the National library and serve as volunteer genealogists for the National Society.  One of their many fund raisers is for Veterans, particularly McGuire Hospital in Richmond.  (Submitted by Ella Mabie.) 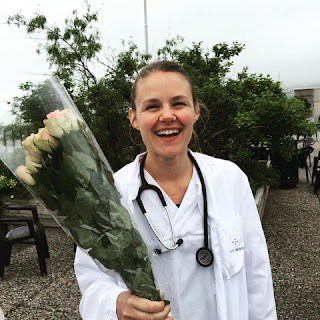 Kelsey Caroline Jorgesen Sletner, Junior Member of HOB (9 Jan 2009) and granddaughter of HOB member Carolyn Bowen (4 Nov 1969) in CA, just received her MD degree in  Norway.  Born in Norway, she currently lives in Paradis  with her husband and two young children.  Both children were born while Kelsey was in medical school.  Kelsey's ancestor is Abraham Estes, whom she shares with Anne Winn, Carolyn Bowen, Sharon Kohen (Texas), Betty Gibbs in Colorado, and Linda Evans in California.
Posted by Jean Hart at 9:04 AM 1 comment: 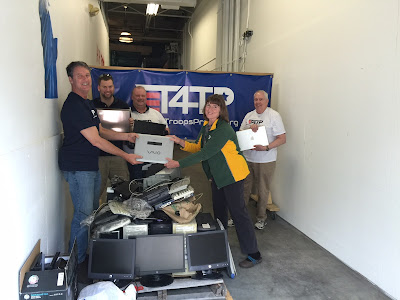 Member Viki Armentrout turns over tech contributions from House of Burgesses Chapter to T4TP.  Viki, a veteran, led the effort for the chapter.
Posted by Jean Hart at 4:14 AM 1 comment: 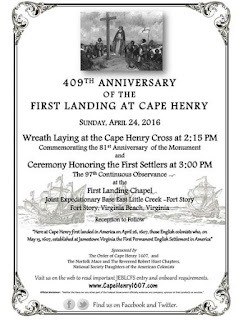 A Veteran in Our Midst: Thank you for your service


Viki Armentrout, a member of the House of Burgesses, is a veteran of the U.S. Army, having served for five years from 1982 - 1987 at the following stations:  Corry Station Naval Technical Training Center, Pensacola, Florida; U.S. Army Field Station Berlin, Berlin, Germany; National Security Agency, Fort Meade, Maryland; and the Maryland National Guard at Greenbelt, Maryland.  A Signal Analyst Support Non-commissioned Officer, her work included the interpretation, identification, and analysis of data communication and intelligence signals and the design of projects in support of National Security Agency mission deployments.

To learn more about Viki Armentrout’s contributions see the following stories on our website http://www.hobchapter.com/:
“Chapter member, Viki Armentrout, a veteran, was fortunate enough to lay a wreath on the grave of Juliet Ann Opie Hopkins ("the Florence Nightingale of the South"), (1818-1890) at Arlington National Cemetery on December 13, 2014.”  (http://www.hobchapter.com/ 9/9/2014.)

“Governor Terry McAuliffe thanked Viki Armentrout at the Virginia Values Veterans (V3) Summit for her service in the army, and recognized her for helping veterans get jobs.” (http://www.hobchapter.com/  12/17/2014.)
Posted by Jean Hart at 12:14 PM 1 comment: